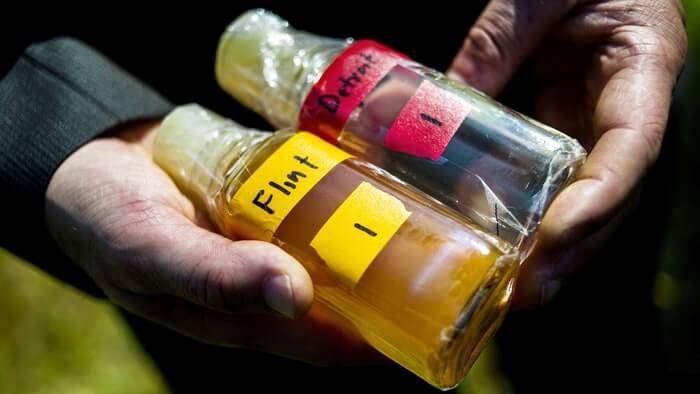 The water in Flint, Michigan has been undrinkable since April 2014. Photo courtesy of Rolling Stone.

Summary: This week, a judge has dismissed a class-action lawsuit filed by a Flint activist.


Anne Heaton the Press Secretary for Governor Snyder told ABC News that Snyder’s office was satisfied with the dismissal.

“We are pleased to see this matter has been resolved through the judicial process,” Heaton said. “We will continue working each day to provide resources for Flint’s full recovery, just as we have been for the last year.”


In 2015, leading plaintiff Melissa Mays filed the class action lawsuit against the city of Flint, the state of Michigan, Governor Synder, and other city and state officials. She said that they were involved in the decisions that led to the contaminated city drinking water, and she accused them of constitutional and civil rights violations as well as violations of due process.

The class action had sought compensatory and punitive damages as well as reimbursements for medical, educational, occupational and nutritional costs.


Mays also filed another similar lawsuit, which was allowed to proceed by the Michigan Court of Claims. Additionally, there are dozens of other Flint water-related lawsuits pending, according to ABC News.┬Ā

ŌĆ£I would say this is a temporary setback. We believe strongly he misapplied the scope of SWDA. Our case is not brought under that act. We feel we will win on appeal and the case will go forward,ŌĆØ McGehee said to Detroit News.

What do you think about this case? Let us know in the comments below.┬Ā