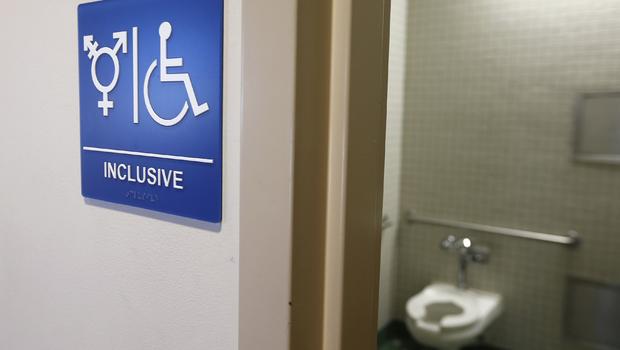 Summary: The Alliance Defending Freedom is suing a Virginia, MN school district for allowing a transgender student to use the girls’ locker room.

Alliance Defending Freedom is fighting a Virginia, Minnesota school district. The conservative group filed a lawsuit on the behalf of 11 families who want to stop the allowance of the opposite sex in their childrenŌĆÖs locker rooms, Fox News reports. The lawsuit named Attorney General Loretta Lynch, Virginia School District #706, and Secretary of Education John King Jr. as defendants.


ADF lawyer Gary McCaleb said, ŌĆ£No child should be forced into an intimate setting, like a locker room, with someone of the opposite sex.ŌĆØ

According to Fox News, the school district allowed students to use locker rooms and restrooms based upon their identifying gender, not the sex in which they were born. They opened their policy after the Justice Department and Department of Education issued a nationwide set of guidelines that stated school districts that discriminated against transgender students could lose federal funding.

The lawsuit filed said that a transgender student, only identified as Student X, used the female locker rooms and restrooms and participated on girl athletic teams. The ADF said that Student X violated some girls by twerking in their presence, dancing to suggestive songs, and making jokes about a girlŌĆÖs bra size.


According to the lawsuit, girls who were uncomfortable with Student X were told they could use another locker room. One student, called Plaintiff A, said that she was told she could change in an empty boyŌĆÖs locker room but Student X followed her in there. Plaintiff A said there was nowhere to go for privacy.

The school district has yet to respond to Fox NewsŌĆÖ request for comment.


The topic of gender in public school bathroom use has proven to be a controversial one. In May, President Barack ObamaŌĆÖs administration sent out┬Ābathroom and locker room guidelines, and the decree was immediately hit with pushback from 13 states. In August, a Texas judge blocked Obama’s national guidelines, but the ruling is expected to be appealed.

When the guidelines were sent in May, Secretary of Eduction King said that it was important that diverse students felt comfortable at school.

ŌĆ£We must ensure that our young people know that whoever they are or wherever they come from, they have the opportunity to get a great education in an environment free from discrimination, harassment and violence,ŌĆØ King said.

What do you think of the school bathroom and locker room policies? Let us know in the comments below.