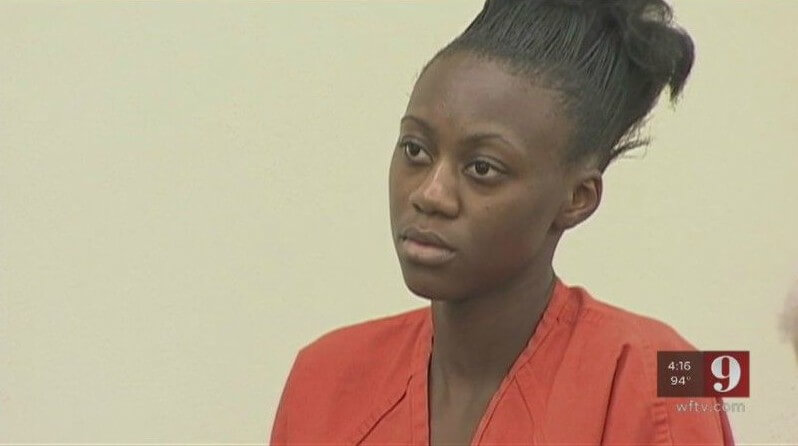 Summary: A Florida teenage mother used her infant child like a bat to swing at her boyfriend and hit him.

Tatyana Allen is an example of what not to do as a mother. The 18-year-old was witnessed by several people using her five-month-old child as a bat to hit her boyfriend. The Florida woman struck her boyfriend with their son and then dropped the child face first into the sand at Daytona Beach.

The police officers allege that Allen started off hitting her 19-year-old boyfriend and father of the child ŌĆ£several times in the face with a closed hand.ŌĆØ She then resorted to using the infant ŌĆ£as a weapon.ŌĆØ When the baby was dropped into the sand, the boyfriend quickly picked the baby up because he was unable to roll over on his own yet.

Witnesses report that Allen then ŌĆ£snatchedŌĆØ the baby back and walked away with the child ŌĆ£danglingŌĆØ and without his head being supported. As she walked up the set of boardwalk stairs, the baby boyŌĆÖs head hit a railing. Police have witness statements from around 20 people all reporting on her ŌĆ£carelessness.ŌĆØ


See Suicidal Mom Kills Her Children and Self After Divorce and Financial Woes.

Allen blamed the babyŌĆÖs father for pushing her earlier in the day several times. She admitted to hitting the man in the face but denies throwing her baby into the sand. The child was taken to Daytona Beach hospital for ŌĆ£treatment and further evaluation.ŌĆØ An aunt, one of many family members that witnessed the event accompanied the child.


Allen has been arrested for aggravated child abuse and battery. She is being held on $30,000 bond.

Do you think this woman should be allowed to have her child back? Tell us in the comments below.