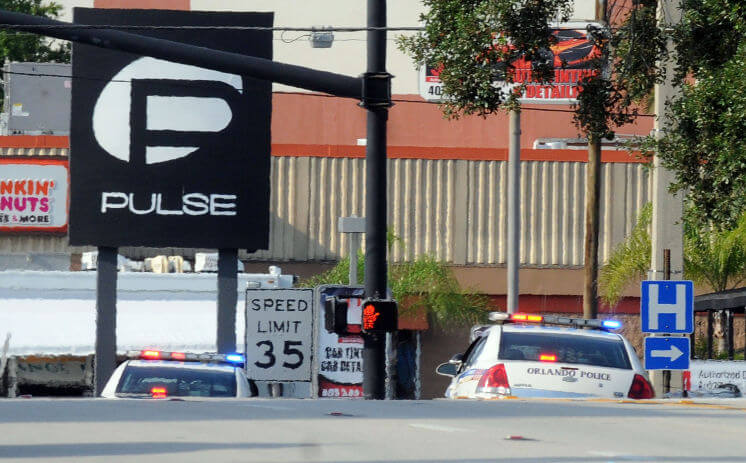 Police outside of Pulse nightclub the day after the shooting. Photo courtesy of Tampa Bay.

Summary: This weekend, a gunman with ties to ISIS opened fire at a gay nightclub in Orlando, Florida.

On Sunday morning, a gunman stormed into a gay nightclub in Orlando with the intention to kill. The man, 29-year-old Omar Mir Seddique Mateen, was responsible for the biggest mass shooting on U.S. soil. His tragic spree left 49 dead and 53 wounded, and the aftermath of his hate crime left the nation to mourn and to contemplate the┬Āissues of┬Āhomophobia, gun control, and Islamophobia.


Mateen entered Pulse nightclub with an assault rifle and a handgun. Once inside, he called 9-1-1 and told them he pledged his allegiance to ISIS, the terrorist group that later claimed responsibility for the attack. While many in the club were able to escape, he held numerous people hostage before gunning them down.

The FBI released a statement, saying they were investigating others who may have ties to the shooting. However, they believe there are no other threats.

Mateen had already been on the FBI watch-list for being an ISIS sympathizer, but he was still able to legally buy an assault rifle. He was born in New York and worked as a security guard who was licensed to carry. President Barack Obama said that his act was one of ŌĆ£terrorŌĆØ and ŌĆ£hate,ŌĆØ but it did not appear to be a part of a larger plot. He said that Mateen appeared to have radicalized himself online.


The shooting has reignited the gun control debate. Democratic presidential nominee Hillary Clinton said that someone being watched by the FBI should not be able to buy a gun legally. She also called for a ban on assault rifles and to close any gun-buying loopholes. Meanwhile, Republican presidential nominee Donald Trump stated that the tragedy could have been avoided if the victims had been armed.

ŌĆ£If you had some guns in that club the night this took placeŌĆ”if you had guns on the other side, you wouldnŌĆÖt have had the same tragedy,ŌĆØ Trump said to CNN.


Trump also called for more surveillance of mosques and Muslim communities in the United States. Clinton stated that his statements encourage a climate of hatred and fear.

The Orlando ShooterŌĆÖs father, Seddique Mir Matteen, spoke to the media on Monday, and he said he did not know his sonŌĆÖs intentions and that he did not share his son’s homophobic views. His ex-wife Sitora Yusify said he was mentally ill and had a history of steroid use and violence.

Orlando locals have shown their support for the living victims by lining up to donate blood. On Sunday, there were also gay pride events in major cities such as Los Angeles and Washington D.C., and at the Tony Awards, Hamilton creator Lin-Manuel Miranda gave a moving sonnet about the attack. Additionally, politicians from both parties expressed their sympathy online, and Florida Governor Rick Scott and Orlando Mayor Buddy Dyer declared states of emergency.

What do you think can combat AmericaŌĆÖs mass shooting problem? Let us know in the comments below.