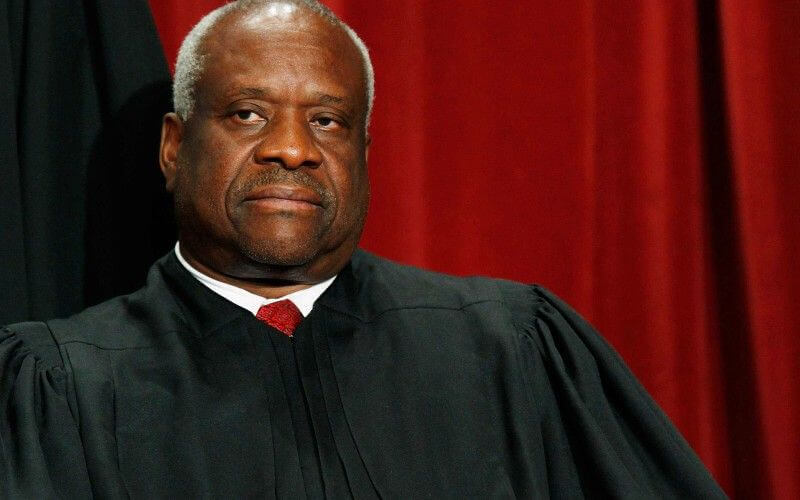 After ten years of remaining silent during oral arguments, Supreme Court Justice Clarence Thomas finally spoke. The breakthrough came on the same day that the Supreme Court began hearing oral arguments again since Justice Antonin ScaliaŌĆÖs death. Scalia and Thomas were closely aligned, or as some referred to as ideological soul mates.


How Will the Death of Justice Antonin Scalia Change the Supreme Court?

Scalia would also regularly defend Thomas for not speaking. As CNN contributor Stephen I. Vladeck explained, ŌĆ£No one was more ideologically aligned with Justice Scalia than Justice Thomas, who has historically been reluctant to ask questions at oral argument because he believes his colleagues already do more than enough talking. That heŌĆÖs now asking questions ŌĆō for the first time in over a decade ŌĆō is as powerful evidence of the impact of Justice ScaliaŌĆÖs absence as anything weŌĆÖve seen from the Justices thus far.ŌĆØ


The questions today from Thomas were directed at Illana H. Eisenstein, a government attorney, in the case of Voisine v. United States. The case is regarding whether a previous domestic assault conviction from reckless conduct qualifies as a misdemeanor crime of domestic violence, prohibiting the plaintiffs from firearm possession.

Thomas has offered explanations as to why he usually remains silent in the past. Back in 2013 he said, ŌĆ£We have a lifetime to go back in chambers and to argue with each other.ŌĆØ The lawyers only have 30 minutes to present their case so ŌĆ£they should argue. ThatŌĆÖs part of the process.ŌĆØ Plus Thomas said he doesnŌĆÖt like to badger people.