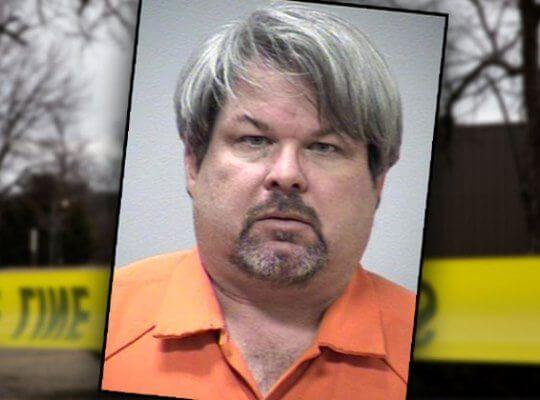 Summary: A Kalamazoo, Michigan man that worked as an Uber driver on the side has been charged with six counts of murder and two intent to murder charges.

Jason Dalton is described as a normal guy with a wife and family living in a small ranch home in Kalamazoo County, Michigan. Something Saturday night set the 45-year-old off, causing him to shoot eight people in between Uber jobs.


Dalton has been charged with six counts of murder, two counts of assault with intent to commit murder, and eight felony firearm counts for his shooting spree in Kalamazoo. He was denied bail and could face life in prison without parole since Michigan does not have the death penalty option.

The first attack happened around 6 p.m. when Dalton shot a woman in an apartment complex parking lot four times. She was hospitalized in serious condition. Dalton didnŌĆÖt shot another person until around 10 p.m. when he shot and killed a father and son sitting at a Kia car dealership. Fifteen minutes later he killed four more people and critically injured a 14-year-old girl at a Cracker Barrel parking lot. Dalton was picked up by police around 12:45 a.m. when he left a bar parking lot.


Why Is Uber Sued So Much?

With no prior criminal record, it is no surprise that he passed UberŌĆÖs background check process. He was an insurance adjuster. His wife had earned an administrative assistant certificate and was working at an investment firm. Neighbor Sally Pardo described Dalton as ŌĆ£a nice guyŌĆØ so it was not out of character for his arrest and questioning to go smoothly.


The victims are Richard Smith, 53, and his son Tyler 17 at the car dealership. The victims from Cracker Barrel were Mary Lou Nye, 62, Mary Joe Nye, 60, Dorothy Brown, 74, and Barbara Hawthorne, 68. The four women were in two separate vehicles.

One Uber rider of DaltonŌĆÖs has come forward already to describe his experience that night. Matt Mellen got a ride from Dalton around 4:30 p.m. in a Chevy Equinox. Dalton had his dog in the back. He received a phone call and then started driving erratically, ŌĆ£we were driving through medians, driving through the lawn, speeding along and when we came to a stop, I jumped out of the car and ran away.ŌĆØ He called the police and Uber to report the incident.