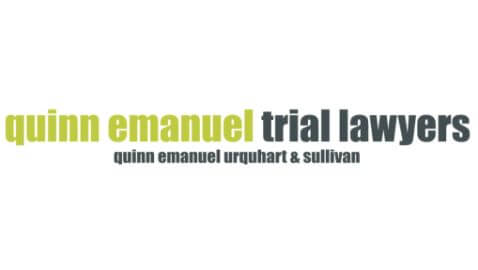 Summary: Signing bonuses for law clerks have remained stagnant for years, but Quinn Emanuel has taken the step of increasing their signing bonus to attract law clerks. The National Law Journal reports.

Raising the signing bonus for law clerks from $50,000 to $75,000 clearly shows how badly Quinn Emanuel Urquhart & Sullivan wants them to join their firm. Quinn Emanuel┬Āsent a letter to federal appeals court clerks announcing the increase in signing bonuses. The letter states, ŌĆ£Starting this year, we have increased our signing bonus for law clerks to $75,000,ŌĆØ according to┬ĀThe National Law Journal. Most clerkship bonuses haven’t changed since the recession, but this may be a sign that other law firms will follow suit.

The recession caused firms to cut their associate numbers so now they are finding that they have very few third- to fifth-year associates. Law firms are now forced to fight over a smaller class of associates to get their work done. A bonus increase doesnŌĆÖt come as a big surprise as firms try to remain competitive to attract the best associates.

U.S. Supreme Court clerkship bonuses for lawyers with high court experience can be over $300,000. Jones Day hired 10 of these clerks as associates.