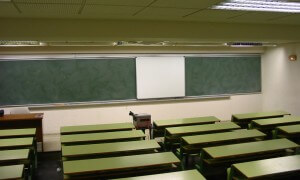 Summary: As law schools deal with an enrollment crisis, it may be hard to believe that the law school rankings actually help the lower-ranked schools stay in business, Forbes says.

The enrollment crisis at law schools across the country has forced them to make tough decisions in order to stay in business. There were three options for schools to make: reduce class sizes, reduce tuition cost or reduce their admission standards, Forbes explains. While there are always exceptions to how the majority acts in a time of crisis, most law schools went with lowering their class sizes instead of lowering tuition costs or academic standards in order to keep students applying and enrolling at their institutions.

The effect of lowering tuition and reducing class sizes on a schoolâ€™s revenue can be catastrophic. Because of this, it may make more sense for schools to lower their standards but maintaining a top ranking is more important for many schools. The U.S. News Report ranking of law schools places a fierce competition for the top schools to stay on top. Unranked schools face an even harder time keeping their enrollment numbers up when students are intent on being accepted to the best law school possible.


Top schools like Harvard, Yale and Stanford are unwilling to jeopardize their standing as a top school just to fill their open spots. Imagine how Harvard Law would feel if they reduced their standards and dropped down to a number 20 school but their peers maintained their standards and cut class sizes instead. Now continue to imagine if Harvard ended up with bar results that were lower than normal because they have accepted students they normally wouldnâ€™t have.


The decision by top law schools to reduce their class sizes allowed lower ranked schools to still receive applicants when they would have otherwise been able to be accepted to higher-ranked schools, leaving them with very few students. The U.S. News Report Rankings have probably saved some of the lowest-ranked and unranked schools from closing their doors, Forbes concludes.