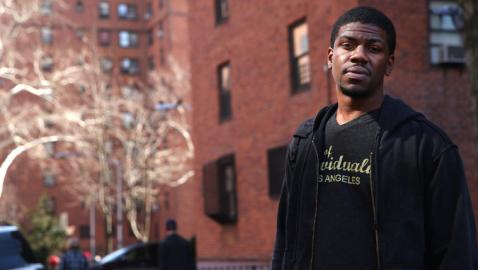 Summary: A former Rikers Island inmate who was recently awarded a $450,000 settlement was murdered Friday in Brooklyn.


Robert Hinton thought he had found a way out from a life of crime. In 2012, he made news when he pressed charges about guards at Rikers Island who brutally beat him. Three years later, in 2015, he was released from prison and then awarded $450,000 from New York City. Hinton hoped that the money would help him break the cycle of violence he had grown up with, and his future looked bright.

All of these lofty dreams were shattered this week. On the morning of Friday, November 27, 2015, Hinton was shot and killed in the Brownsville neighborhood of Brooklyn. As of Friday evening, police hadnŌĆÖt arrested anyone.

Mr. Hinton had a violent history as a gang member. During his time with the Bloods, Hinton was incarcerated many times, including for attempted murder. He hoped that the money he made from the settlement would allow him to escape his life of crime, perhaps by moving far away from his neighborhood in Bedford-Stuyvesant, Brooklyn. Since his release from prison, Hinton had been caring for his elderly mother at the home they shared.


Hinton made news in 2012 when he brought a lawsuit against several Rikers Island prison guards. He alleged that six prison guards tied him up, brought him to a solitary confinement cell, and beat him so savagely that he broke his nose and fractured a vertebra. The treatment was so severe that a judge described it as ŌĆ£brazen misconductŌĆØ and the Correction Department even fired the guards involved.

In a heartbreaking turn, Hinton wasnŌĆÖt even able to turn his life around with the money he had been awarded. Instead, his life, which had been colored by violence, met a tragic, violent end.