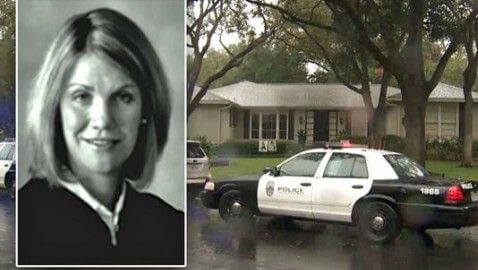 Summary: With the attack of a Texas judge outside her Austin home, police have made the arrest of an individual that happened to be assigned to her court and was wanted in Louisiana.

Over the weekend, a Texas judge was shot at when stepping out of her car at her Austin home. A person of interest has now been arrested on a warrant from Louisiana, but officials are confident he is connected to the incident.


Chimene Onyeri has been charged with murder in a Harris County case unrelated to the shooting of Travis County Judge Julie Kocurek, but it is believed that he either knows information or is somehow connected. He had a fraud case go before Kocurek where prosecutors wanted his probation revoked, which would have sent him to prison. That case had a December court date set.

Onyeri was charged in Louisiana with unauthorized use of an access card. He has a history of arrests, but very few convictions in Harris County. He admitted guilt in 2007 to evading arrest, but in a plea deal the other charges of trespassing and unlawfully carrying a gun were released. In 2008 he spent six days in jail for misdemeanor marijuana possession, and then was soon after arrested for murder, but those charges were also dropped three years later with no explanation. The fraud case in 2012 involved the possession of 17 fraudulent gift cards embedded with stolen credit card numbers. In 2013, he was found not guilty of armed robbery.

Kocurek was injured by shrapnel and flying glass, but was not actually hit by a bullet. She is still in the hospital, but is expected to make a complete recovery.