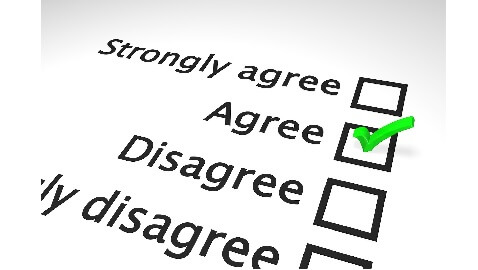 A recent survey put out by Kaplan Test Prep offers some surprising results from recent law program grads, making us question not so much if they are right, but what went wrong with them. For instance, 56 percent of them agree with a statement President Barack Obama made in 2013 during a town hall meeting at Birminghamton University that law schools should be streamlined from three years to two. Only 34 percent of the 800 prospective law students agreed.


ŌĆ£Having been through the grinder for the past three years, itŌĆÖs not too surprising that law school graduates want to see the law school experience reduced from three years to two years,ŌĆØ said Jeff Thomas, KaplanŌĆÖs executive director for prelaw programs.

Well great, they wish things had been easier for them. But so what? Why should it be easier? If anything, more hoops and walls should be put before them to thin out prospective lawyer to the obdurate few.

At least they had their heads on straight when 14 percent of recent grads thought administrators should boost enrollment, as opposed to 27 percent of prospective students. After all, who wants competition when looking at firms?


Nevertheless, in a telltale bit of acrimony, 27 percent thought it would be a good idea to cut professor salaries to lower tuition, as opposed to 7 percent of prospective students thinking this was a good idea.

As for the two year idea, making law school easier for law students, as if that were somehow necessary at this point, at least a handful of universities are trying just that, with the University of New Hampshire of LawŌĆÖs Daniel Webster Scholars Honor Program letting select students do their degree in two, and even skip the bar. A few other programs also cut out the third year, in exchange for pro bono work, and other such options.