Got a tip?
Home » Legal News » Comcast and Time Warner to Discuss Merger with Department of Justice 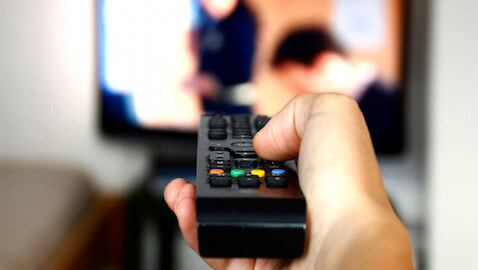 According to Bloomberg, Time Warner Cable Inc. and Comcast Corp. are slated to meet with the United States Department of Justice this week to discuss a possible merger. According to some individuals familiar with the pending deal, Comcast may abandon the merger if the requirements of the deal are too strict.


Staff attorneys in the antitrust division of the Justice Department are planning to recommend blocking the deal, worth an estimated $45.2 billion, on the grounds that a national cable giant would hurt consumers. The recommendations will be made to senior officials in that division, who would then decide whether filing a federal lawsuit to block the merger will be necessary. The government has been reviewing the proposed move for over a year. According to CNBC, many are concerned that the merger would provide the companies with too much power and unfair competitive leverage against TV channel owners and businesses that offer online video programming.

Time Warner’s shareholders┬Āare not in favor of the deal with Comcast.

Comcast will not face a breakup fee if the merger falls apart. Comcast requested this condition because of regulatory uncertainties that were present from the inception of the deal.


The meeting, scheduled for Wednesday, may focus on ComcastŌĆÖs involvement with Hulu, a video streaming service. The Justice Department has been studying whether Comcast was too involved when 21st Century Fox Inc. and Walt Disney Co., co-investors in Hulu, tried to sell the platform in 2013. Comcast agreed to be a passive investor when it acquired a share in the company through its purchase of NBCUniversal LLC.

Depositions of Comcast executives were taken in February about the attempted sale. Comcast has argued that it was not involved, and that Disney made the call to keep Hulu.

Bobby Amirshahi, a spokesman for Time Warner Cable, said, ŌĆ£The regulatory process remains fluid, and we do not intend to comment on our interim dealings with the DOJ, FCC or other regulators. As we have said, we believe the transaction is pro-competitive, in the public interest and that there is no basis for regulators to block the deal.ŌĆØ

In 2013, Time Warner and CBS were involved in a dispute about retransmission┬Ārates.

This weekŌĆÖs meeting is the first one that the companies will have with the Department of Justice to discuss the merger, Reuters added. If Comcast does reject the deal, it will be a major hit to the cable giant. Comcast expected to add business in New York, Los Angeles, and other major cities where Time Warner Cable is the dominant cable company.