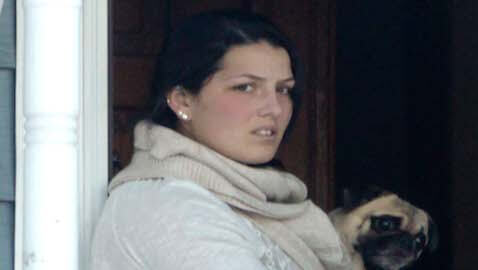 Summary: Megan Mahoney, once a gym teacher and basketball coach at a New York high school, now faces 30 counts of statutory rape for an inappropriate sexual relationship with a student.

Megan Mahoney was a basketball coach and gym teacher at a well-respected New York City high school. The Huffington Post reports that in January, Mahoney resigned from Moore Catholic High School in Staten Island. The 24-year-old now faces 30 counts of statutory rape for allegedly having a sexual relationship with a 16-year-old student for a two-month period that began in October 2013.


The two met on many occasions during the two-month period for sex and oral sex, sometimes meeting up to twice per week. Mahoney was charged with four counts of ŌĆ£criminal sexual actŌĆØ due to engaging in oral sex with the student.


Do you think Megan Mahoney will be punished as severely as one of her male counterparts would be for the same crime?

Apparently, some of the covert meetings occurred on school grounds. In August, the student informed the New York Post that his relationship with Mahoney began after she approached him in the schoolŌĆÖs gymnasium and offered to coach him in basketball. He added, ŌĆ£We would just drive around and [do it] in the car.ŌĆØ

Richard Postiglione, the athletic director of Moore Catholic High School, has also been under investigation for supposedly failing to report sex abuse accusations against Mahoney and another female faculty member at the school.