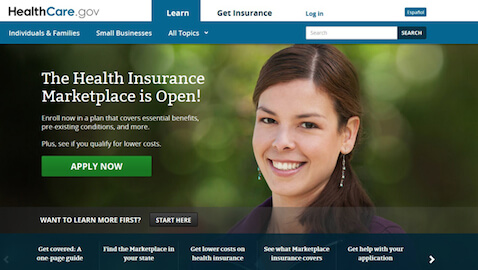 Summary: A full week of Internet security meetings is planned for Capitol Hill this week after the Obamacare website was breached by hackers.

Cybersecurity is a hot topic on Capitol Hill this week, The Hill reports. After the HealthCare.gov website was hacked, legislators will spend much of this week determining how to address online security.


Although the hackers did not steal any usersŌĆÖ information, the breach is still ŌĆ£deeply troublingŌĆØ to lawmakers. The Senate Homeland Security and Governmental Affairs Committee has scheduled a hearing to analyze cybersecurity and terrorism issues Wednesday morning. Officials from the National Counterterrorism Center, the Department of Homeland Security (DHS) and the FBI will testify at the hearing.

Tom Carper, the chairman of the committee, said the security breach ŌĆ£underscores the scary reality of how much of a target our sensitive information has become in cyberspace.ŌĆØ

The DHS and FBI were both involved in the investigation of the breach, which allegedly originated in a foreign country and occurred on a test server. Legislators will be able to question the officials regarding the safety of government systems. Mike Rogers, the House Intelligence Committee Chairman, will also present at a summit on keeping hackers from obtaining financial information. Executives from retail and hotel trade groups, Wal-Mart, and┬ĀMasterCard┬Āwill also speak. Tim Pawlenty, CEO of Financial Services Roundtable, will also present at the summit. These organizations are teaming up to enhance protections against cyber threats.


On Tuesday, a House Science, Space and Technology subcommittee will have a hearing on DHSŌĆÖs research and development arm. The following day, several activist groups, as well as web companies such as Mozilla, Demand Progress, Etsy, and Engine Advocacy will protest to support strong net neutrality rules. The Federal Communications Commission (FCC) is currently receiving comments on a proposal that will prevent Internet companies such as Comcast from treating visitors differently depending upon which websites they frequent. The group has proposed an ŌĆ£Internet SlowdownŌĆØ which will implement a loading symbol to demonstrate the effects of a slower Internet.

On Wednesday, the American Enterprise Institute will begin a three-day conference that will cover the regulation of the broadband Internet market. Many academic and government speakers will be present.


Finally, on Friday, the National Security AgencyŌĆÖs (NSA) legal authority to collect the phone records of American citizens will expire. Senator Patrick Leahy has proposed bill to end the NSAŌĆÖs program, but approval could take weeks. The Obama administration is expected to ask for a secretive federal surveillance court to renew the NSAŌĆÖs ability to survey phone records.