Got a tip?
Home » Breaking News » 2 Judges Censured for Having Sex in Their Chambers 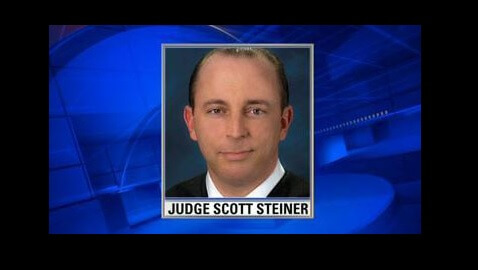 Summary: Two California Judges have been Censured for having sex in their chambers, amidst other indiscretions.


Two California judges have recently been censured by the state’s judicial disciplinary commission for having sex in their courtroom chambers. Orange County Judge Scott Steiner had sex in 2012 with an intern and with a local attorney, former students of his from Chapman University. Kern County Judge Cory Woodward had sex with the court clerk, a 10-month relationship he lied about when questioned by a superior.

Neither judge was removed from bench, but both were given the strongest public reprimand the Commission on Judicial Performance can wield against a judge. They said that “engaging in sexual intercourse in the courthouse is the height of irresponsible and improper behavior by a judge. It reflects an utter disrespect for the dignity and decorum of the court, and is seriously at odds with a judge’s duty to avoid conduct that tarnishes the esteem of the judicial office in the public’s eye.”

Certainly both judges did some tarnishing. Steiner not only had sex with the intern in his chambers, but also wrote a letter of recommendation for her when she applied for a job with the district attorney’s office, following up the letter with an “irritated” phone call when she didn’t land a second interview. He further befuddled his office by reassigning cases the lawyer he was having an affair with to specific other judges.


Woodward meanwhile kept up sexual relations with his court clerk between July 2012 and May 2013, passing her “notes of a sexual nature,” during proceedings, and sending her personal messages on the court computer, a longstanding indiscretion that finally dissolved after the clerk’s husband complained.

They shared an attorney, Paul S. Meyer, who claimed that both men cooperated with the investigations and apologized. In fact, Woodward was not removed for his deceitful behavior because the commission noted his colleagues regarding him as having “respect” and being “hardworking, intelligent, and conscientious,” as sfgate.com reported.