Got a tip?
Home » Celebrity News » “Sons of Guns” Series Cancelled after its Star was Arrested for Repeatedly Raping a Minor 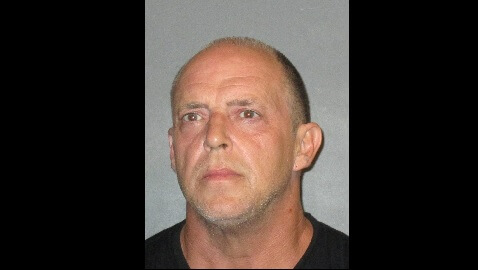 Summary: Hit show Sons of Guns has been cancelled after its star, Will Hayden, was charged with repeatedly raping a minor, his 12-year-old daughter.

“Sons of Guns” has been cancelled, right as it broke more than 1 million viewers per episode and its sixth season was underway, and this because its star Will Hayden has been arrested a second time in recent history, this time for aggravated rape of a minor. As TMZ reports, the minor was his own daughter, who told detectives that her father took her virginity when she was 11 years old and has since raped her “almost daily” since March 2013.


“Given the serious and horrific nature of the charges against Will Hayden, we have decided to halt further production of ‘Sons of Guns’ and cancel the series,” said Laurie Goldberg, a spokesperson for Discovery Channel, in a statement Wednesday.

Hayden was arrested Tuesday when U.S. Marshal in Baton Rouge Parish apprehended him in Livingston Parish as a fugitive.

Hayden had already been hit with charges of molestation of a juvenile and aggravated crimes against nature as of Aug. 9, and his lawyer explained the charges were confabulated by an ex-employee seeking retribution. His lawyer has not as of yet commented on the new charges.


His daughter claimed she did not report the rape because she was afraid he would hurt her. She also claims he told her “don’t tell them nothing because I’m all you got.”

His daughter Stephanie Hayden Ford initially claimed that the show was not in trouble, a show she also appeared on, saying on Facebook, “Guys the show is NOT cancelled! We so appreciate the outcry of injustice but [it’s] not true, I guess some [people] just need ratings… We are on a hold with filming while my family takes care of a few things. You guys are the best fans ever & we love you so much! Thank u for standing strong with us!”


This message has since been deleted. Further, not only the network dropped the show, but the firearm company featured in the show, Red Jacket Firearms company, has expressed its disappointment:

“Red Jacket Firearms LLC has initiated and received full legal separation as an entity, from William M. Haden,” their statement read. “With heavy hearts, we will be continuing to operate and ensure the fulfillment of new customer orders, back orders and to provide support to those affected by these new developments.”