Got a tip?
Home » Weird News » Man Sentenced to 180 Days in Jail for Animal Abuse 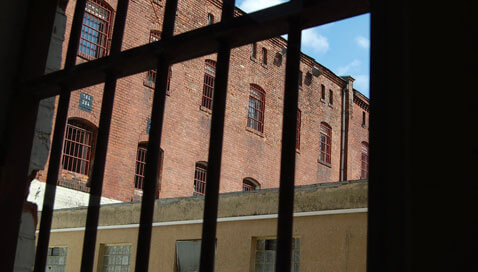 Luis Motola-Palacio was sentenced to 180 days in jail for having a vehicle full of chicken carcasses and malnourished chickens, according to 1011now.com.

Sentencing occurred last week in Hall County District Court. Motola-Palacio was also fined $1,000 and had his driving privileges revoked for 15 years. He pled no contest to charges of drunken driving, second offense and to neglect of livestock.


A police sergeant from Grand Island pulled Motola-Palacio over on January 31 for driving without headlights. The officer found the chickens in a cage in the back of the sport utility vehicle. The cage was makeshift, according to police.

Upon investigating, the officer found that just 58 of the 100 chickens were alive during the traffic stop and the 42 dead ones were crushed underneath the other chickens. They were not in any individual cages.

The remaining chickens that survived were transported to the Central Nebraska Humane Society.


“Do I think the chickens have been abused? Absolutely! If you could see the pictures of the width and depth that they were kept in, they literally crushed each other because there was no place to move and at this time we don’t even know how long they were in the vehicle,” said Laurie Dethloff, the Executive Director of the Central Nebraska Humane Society.

The majority of the surviving chickens have shown evidence of abuse.


Dethloff said, “You can definitely tell that they’ve been in some stress due to feather loss, exposure of a lot of bones and body parts.”