Got a tip?
Home » Legal News » Ruth Bader Ginsburg Said She Is Not Going Anywhere 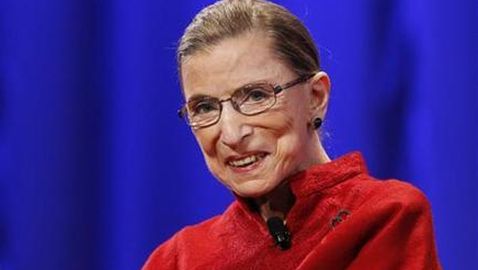 In an interview with Yahoo News on Thursday, Supreme Court Justice Ruth Bader Ginsburg said that she is not headed anywhere in regards to leaving the Supreme Court bench.

“All I can say is that I am still here and likely to remain for a while,” Ginsburg said. She made the comments in response to liberals who are calling for her to retire so President Barack Obama can fill her seat on the bench with another justice who has the same thinking as her.


Ginsburg told Yahoo News that she likens herself to Supreme Court Justice Louis Brandeis, who did not retire until he was 82. She says he is the reason why she should remain on the bench.

“I expect to stay at least that long,” Ginsburg said.

This is not the first time Ginsburg has said that she will not relinquish her seat on the United States Supreme Court bench. She said that she will continue to work “as long as I think I have the candlepower” back in March of 2013.


Then again in May of this year, Ginsburg said that she expected pressure to come for her to step down.

“It’s expectable. I’m now the oldest judge on the court. I can’t say that I ignore it, but I have to do what seems to me to be right,” Ginsburg said.