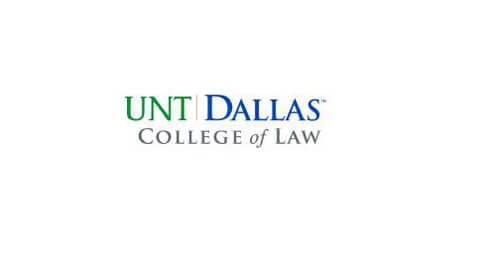 UNT Dallas Law School was shocked by the amount of applicants it received for its inaugural class. Anticipating 350 applicants, it received more than 600, 140 of which have been enrolled for this fall.

“‘Holy cow’ was our reaction,” said Royal Furgeson, founding dean of the new campus, according to dallasnews.com. “It tells you there’s a pent-up demand for law school here.”


Such an optimistic assessment should be expected from the dean of the new school, but the rest of us might raise an eyebrow. Why, after all, would anything be pent about the need for law schools, considering how phenomenally dismal the market has been for recent grads and veteran lawyers alike. Everywhere we see law schools tightening their belt, cutting staff, shrinking class sizes, this sort of thing.

One obvious answer to the question of why the law school drew interest was the law tuition promised to students, $14,040 a year, as compared to other new law schools charging around $30,000. This tuition deal is possible because UNT Law has kept its faculty salaries slim, minimized its law library, and cut scholarships to LSAT superstars who nevertheless need no financial aid.

Such a move shows they are not interested in bolstering their competitive ranking, and offering reduced salaries ensures they won’t have the best faculty. So given the competitive nature of the JD market right now, what does UNT hope to offer? Assuming they gain their accreditation, which is possible only after they have operated for at least a year, and which their students are hoping they gain, they still have to offer their students some edge if they can become relevant in today’s market.


Furgeson has a different goal for his university. “If the law is going to work, it means that people need to have access to a lawyer. And enough people don’t have access. It’s a real challenge for the profession.” He intends his alumni to represent the middle class and small businesses and such. As many of the incoming students are minorities, and often older students embedded in careers and families already, they are not working with traditional law students, bridled with big law ambition and dead set on achieving status and greatness in their profession.

How this pans out for actual career achievement on the other side of the JD remains to be seen. $14K a year may render less student debt, but debt matters more or less depending on what job the graduate actually secures, after all. If this diverse body of students finds legal jobs as the dean envisions, then the school could be considered a sort of success, and a different kind of law school for the current market.