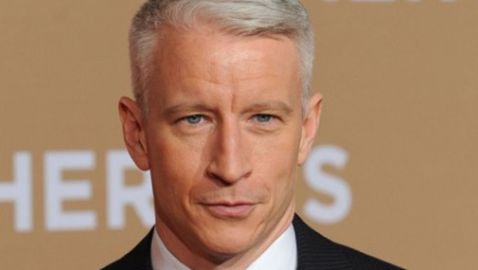 Anderson Cooper, who has openly discussed his sexual orientation, confronted a state representative from Texas about “reparative therapy.” The state republicans are looking to pass a law that would encourage this form of therapy, which has not been proven to work, so gay people can be turned straight.

Less than one minute into the video Hughes tells Cooper that the law would be a matter of rights and choice. Then, Cooper relies on a ton of facts to shoot down the idea and the comments made by Hughes. After the fact dump by Cooper, Hughes does nothing to make his case any stronger.


Cooper decides to play a video clip that you would think help change the mind of Hughes. Well, we are wrong in that assumption. The very end of the conversation goes like this:

Anderson Coooper: So you believe that homosexuality tears the fabric of society?

Rep. Bryan Hughes: I have voted for that platform in the past. I believe that God has created us to work in a certain way and when we deviate from that in any area, there are consequences. It doesn’t mean He doesn’t love us. It doesn’t mean we can’t love Him, we can’t be saved, but if you’re asking for my personal opinion. I don’t believe that’s God’s best for the way we should live. I’m not speaking for the republican party, I’m giving you my opinion.