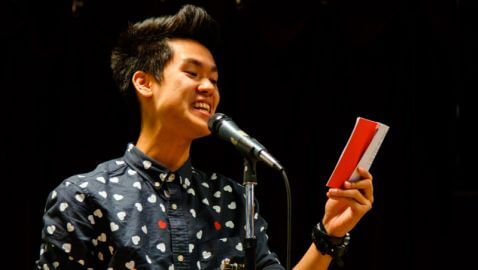 Alex Dang is a poet known for his work on that can be found on his Facebook page and also on Upworthy, which posted a video of one of his poems that strikes down a bigoted question.

The question was: “What kind of Asian are you?” Dang began to answer by explaining that it is a loaded question and then he breaks out into his answer with an epic poem that defeats the bigoted woman who asked it in the first place.


If you need some uplifting entertainment today, be sure to watch this video. It is a little over three minutes in length, so not too long, and it will definitely restore some of your faith in humanity.

Dang performed the poem for Button Poetry. In his poem, Dang provides the woman with two answers: he is two different types of Asian stereotypes. He then goes on to explain the difference between the two stereotypes he describes at the beginning of his poem.

In what is possibly the strongest, and most poignant, part of the poem, Dang concludes with the following: