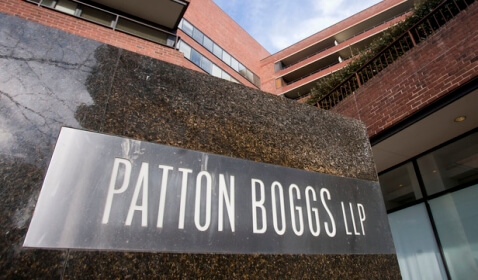 According to four sources familiar with the matter, a week after concluding a controversial settlement with Chevron Corp., law and lobbying firm Patton Boggs is seeking to close the biggest law firm merger so far this year by as early as next week, The Globe and Mail Reported. Patton Boggs is a full-service law firm and lobbying firm headquartered in Washington, D.C. It has more than 450 lawyers and professionals in nine locations in the United States and the Middle East. The 2014 Vault.com survey of over 18,800 associates ranked Patton Boggs as having the best record for pro bono work in the country.

A former Patton Boggs lawyer said that according to The Globe and Mail, details of the merger with the 1,300-lawyer Squire Sanders firm was being presented to Patton Boggs partners on Friday, and that they would vote on it by Wednesday. He and another source have also said that the new firm would be then called Squire Patton Boggs


Reuters reported that, Patton Boggs settled a lawsuit brought by Chevron claiming that the law firm tried to enforce a multibillion-dollar pollution judgment on behalf of Ecuadorean villagers against the oil company.

According to people familiar with the matter, Patton Boggs agreed to pay Chevron $15 million to settle the claims and expressed regret for its involvement in the case, a move that set the stage for the merger, Reuters has reported.

Reuters has reported that, Patton Boggs managing partner Edward Newberry and general counsel Charles “Rick” Talisman did not respond to requests for comment. Nor did Squire Sanders chairman James Maiwurm or a spokesman for the firm.


Another former Patton Boggs lawyer, as well as a person involved in the deal, said that according to a report by Reuters that, a merger would almost certainly lead to layoffs at the firm. Patton Boggs underwent layoffs and partner exits in 2013 amid a 12% drop in revenue, and reportedly entered merger talks with Squire Sanders in 2014.

According to the Haitian newspaper Le Nouvelliste, Patton Boggs was hired in 2007 by the Vicini family, one of the most influential families in the Dominican Republic, to bring a defamation suit against the producers of the documentary The Price of Sugar back in 2007.

Motivated attorney sought by established firm for litigation position. Candidate should have two or ...