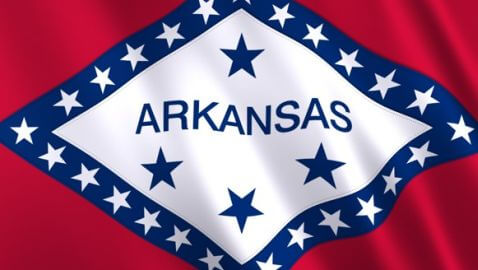 Despite a judge’s ruling overturning the constitutional ban in Arkansas on gay marriage, some county clerks refused to issue marriage licenses on Monday morning, according to USA Today. The state’s lawyers also requested that the highest court suspend the order from the judge.

The clerk’s office in Pulaski County issued its first same-sex marriage license just after 8 a.m. Judge Chris Piazza, of Pulaski County Circuit Court, issued the ruling on Friday that the voter-approved ban in Arkansas was unconstitutional. There was no stay issued and 15 same-sex couples acquired their marriage licenses on Saturday in Eureka Springs.


The first same-sex marriage license in Little Rock was issued to Shelly Butler and Susan Barr, from Dallas. The two met at Southern Arkansas University in 1985 and have been together since then.

“When we heard the news in Arkansas, we had to jump in the car to get here,” Butler said. “I’m just excited to marry my best friend of almost 30 years, finally.”

Dustin McDaniel, the Arkansas Attorney General, recently said that he supports gay marriage, but would defend the state’s ban. McDaniel filed paperwork on Monday morning that requests the state Supreme Court to set Piazza’s ruling to the side.


Because no stay was issued, clerks were able to decide on their own whether or not they would issue licenses. Some clerks noted that they were going to wait until receiving guidance from a higher court. On Sunday, Faulkner County’s clerk said it will not issue licenses.

“With all due respect to the Third Division Circuit Court of Pulaski County, a circuit court does not establish or strike down statewide law,” Faulkner County Attorney David Hogue said in a statement Sunday. “That would be the role of the State Supreme Court.”


Both Baxter County and Boone County did not provide couples with same-sex licenses this weekend.