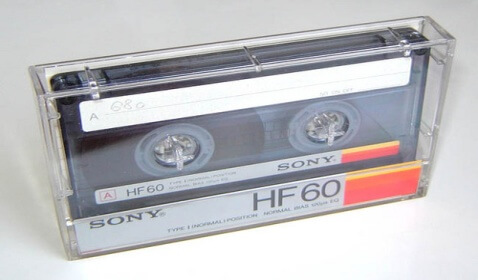 Sony’s record-breaking magnetic tape technology allows it to store 180 terabytes of data on a single cartridge. That is the same amount of storage as the 1,184 iPod Classics, Apple’s music player, which can hold about 40,000 songs and which allowed you to put your entire music collection into your pocket.

According to CNN News, the new Sony cassette could technically store about 47.3 million songs of its own. The cartridge stores 148GB of data per inch of tape. The number destroys the current record, set in 2010 when Fuji developed a tape that could hold 35 terabytes of data, according to a report by News 4 Jax.


In a news release, according to CNN News, the Sony Corporation has reported that it would like to pursue a commercial use for the new cassette tape technology, as well as continuing to improve upon it.

Before you start to get nostalgic over the thought of a cassette tape and start carrying around your Walkman, CNN News reports that, it’s unwieldy to actually use. Recording to, and retrieving data from, tape takes a lot longer than digital storage devices and the music players that we have become accustomed to in an era of Web streaming, even though the tape has the potential for massive data storage. It is a lot more likely that tape will be used to back up huge databases than to save, and play, music collections.

It has also been reported that, on March 18, 2014, at GDC, the President of Sony Computer Entertainment Worldwide Studios, Shuhei Yoshida, announced their new virtual reality technology dubbed Project Morpheus for PlayStation 4. The headset, still in prototype form, will bring VR gaming and non-gaming software to the company’s new console.