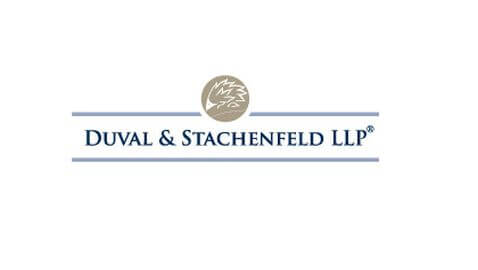 The law firm of Duval & Stachenfeld will double its starting salary for associates to $175,000 in an effort to compete with its rivals when it comes to retaining top talent, according to The New York Law Journal. The firm did say that it would not raise associate billing rates to make up for the extra spending.

“We put a lot of effort into our people. It’s not only attracting, it’s retaining them. So I don’t necessarily want to have a salary differential when big law firms call our people,” co-founder Bruce Stachenfeld said. “We have the same client base. If we’re doing the same work with the same level of people, then we should be paying the same amount. I don’t like to kid myself. [We] don’t have the brand name.”

“For typical mid-market midsize firms, it would be insanity to do that,” Bower said. “Unless you’re going for top lawyers from top law schools, you can probably hire them for a lot less than $175,000. That’s a bold statement. That’s coming out of partners’ pockets. It’s going to give them access to a talent pool that they otherwise wouldn’t get.”

The firm formed in 1997 with just five lawyers. Of those five were partners Patrick Duval and Stachenfeld. Terri Adler, a current partner, also helped found the firm.


The firm paid first-year associates $70,000 and then past the first year, they were paid $100,000. The firm said that associates past their second year would be paid based on levels paid out by larger law firms.

“As one of the top players in the real estate world, we can compete for the top talent at the top law schools,” Stachenfeld said.

“We’re not passing it on to our clients,” Stachenfeld said. “Paying more to first years will likely reduce the profitability of the firm, but we think it’s a price well worth paying, [to reduce] the risk of losing our talent. We are protecting the talent that we buy and train and put our hearts into. We also hope it enhances our brand and builds the reputation of the firm.”