Got a tip?
Home » Celebrity News » Andrew Garfield Called Out by Emma Stone Regarding His Sexist Comments 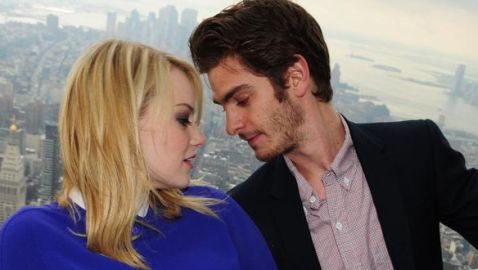 Actress Emma Stone got into it a little bit with actor Andrew Garfield during a question and answer session promoting “The Amazing Spider-Man 2.” The two are also dating, so they are able to call each other on something one of them says.

According to The Huffington Post, Stone did not like a comment made by Garfield in response to a question from a child in the audience at the forum.


A boy asked the panel of actors how Spider-Man got his costume. Garfield responded with, “He made it. He made it with his bare hands. He sewed it… It’s kind of a feminine thing to do, but he really made a very masculine costume.”

Stone decided not to let the comment pass. Instead, she confronted Garfield about the comment he made. She turned the forum into a teaching lesson for Garfield. She asked him, “It’s feminine, how?”

Stone kept pressing Garfield to answer the question or to explain himself. He wound up answering with the following, “We all have feminine in us, young men.”


We have embedded the video below for your enjoyment. Let us know your thoughts about this topic in the comments section below the post.

Want to see which entertainment jobs are available near you? Click here to see.