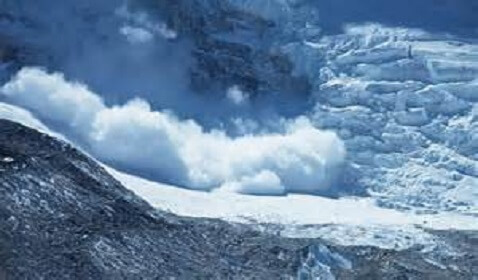 In the worst disaster recorded ever on Mount Everest, 12 people are confirmed dead and 4 are still missing.With peak season just days away, guides and Sherpas were preparing for the hike up to the tallest mountain in the world.

“The Sherpa guides were carrying up equipment and other necessities for climbers when the disaster happened,” a spokesman for Nepal’s Tourism Ministry, Mohan Krishna Sapkota, according to AFP news agency.


Sherpas are hired to set up camps and fix routes and ropes on the higher altitude slopes before a climber begins the assent. They went out early in the morning to fix ropes when the avalanche slammed into them just below Camp 2 at about 6:30 a.m., Nepal Tourism Ministry official Krishna Lamsal said from the base camp where he is monitoring rescue efforts.

Dawa Tashi, one of the survivors, was airlifted to Nepal’s capital, Katmandu, where he remains in the intensive care unit at Grande Hospital with broken ribs.

According the Associated Press, Tashi’s sister in-law, Dawa Yanju said, Tashi told his family that the Sherpa guides were delayed because the path had become unsteady, when all of the sudden the avalanche fell on the group and buried most of them.


Hundreds of climbers have died trying to reach the peak, some were Sherpas. The Sherpa are the main ethnic group in Nepal’s alpine region. Many of the people make money as climbing guides on Everest or other Himalayan peaks.

Ang Tshering of the Nepal Mountaineering Association said the area where the avalanche hit is nicknamed “popcorn field” for it’s bulging chunks of ice. Fellow climbers and rescuers rushed in to help as soon as the avalanche happend.


Founder and head guide of Alpenglow Expeditions, Adrian Ballinger, says he has climbed Mount Everest six times and is ready for his seventh climb on Saturday. “Everest is an incredibly dangerous place, it’s a nature beast. This is an accident all of us know is a constant possibility.”

Since 1953, when New Zealander Edmund Hillary and Sherpa Tenzing Norgay reached the summit, at least 4000 climbers have scaled Everest.