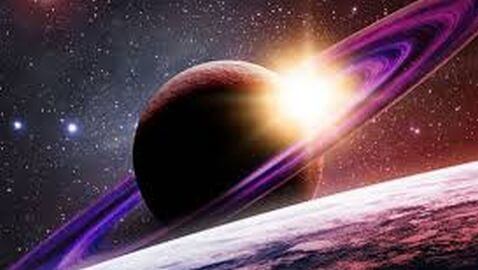 The Cassini probe, a NASA spacecraft, took photos in April of 2013 that show a bright arc 750 miles long and 6 miles wide at the edge of Saturn’s outermost ring. This could be the birth of a new moon for Saturn, according to the report from The Huffington Post.

“We have not seen anything like this before,” study lead author Carl Murray, of Queen Mary University of London, said in a statement. “We may be looking at the act of birth, where this object is just leaving the rings and heading off to be a moon in its own right.”


The object has been named “Peggy” and is 0.5 miles wide. It is too tiny to be seen in the photos taken by Cassini yet. The craft is going to move closer to the outer ring of Saturn in 2016. This will allow scientists the chance to study Peggy in depth and even secure a picture of the object.

There are more than 60 known moons for Saturn right now. They range in size from 1.5 times wider than the size of Earth’s moon to iceballs less than one mile across.

“The theory holds that Saturn long ago had a much more massive ring system capable of giving birth to larger moons,” Murray said. “As the moons formed near the edge, they depleted the rings and evolved, so the ones that formed earliest are the largest and the farthest out.”


Want to see which science jobs are available near you? Click here to see.