Got a tip?
Home » Weird News » Bail Set at $6 million for Megan Huntsman after Remains of Seven Babies Found in Garage 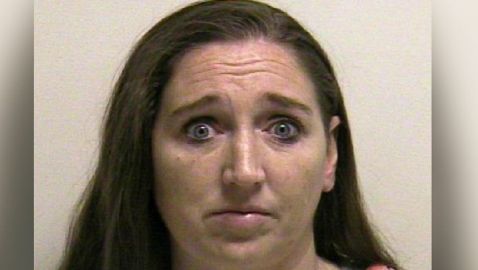 Utah Judge Steven Hansen set bail at $6 million for Megan Huntsman after six dead babies were found in boxes in her home, according to the Associated Press. The $6 million bail accounted for $1 million per baby. She has been accused of killing the babies over a period of 10 years.

Huntsman was taken into custody on Sunday after the bodies of the babies were found in cardboard boxes in the garage of her former residence in Pleasant Grove. She was charged with six counts of murder.


Utah County Attorney Jeffrey Buhman said that a seventh baby found in the garage looked to have been stillborn. There have yet to be any other arrests in the case and formal charges have not been filed.

Buhman said that the investigation is still trying to determine if the babies are all from the same father. Investigators think that Huntsman killed the babies between 1996 and 2006 after giving birth to them.

The first body was found when the woman’s estranged husband was cleaning out the garage following his release from prison. Authorities have said he is not a person of interest right now and they do not think he knew of the killings.


Police Capt. Michael Roberts said that the man called 911 to report the discovery. Responding officers then found the rest of the remains. The man has been identified by neighbors as Darren West.

“We don’t believe he had any knowledge of the situation,” Roberts said.


When asked how West could not know about what happened, Roberts replied, “That’s the million-dollar question. Amazing.”

“It makes us so sad, we want to cry,” Kathie Hawker said. “We enjoyed having them as a neighbor. This has just blown us away.”

Roberts noted that the case is draining for the investigators, especially emotionally. Roberts also said that he was present when the remains were found.

“My personal reaction? Just shocked. Couldn’t believe it. The other officers felt the same,” Roberts said. “They got more and more shocked each box they opened.”