Got a tip?
Home » Legal News » Three-Fourths of Americans Say Legalization of Marijuana Will Happen 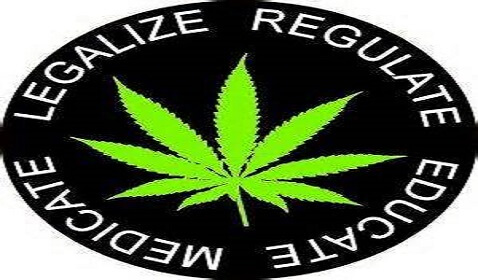 Americans are saying that the legalization of marijuana is inevitable across the United States, even if they support the policies or not. According to an opinion poll, there’s a different attitude following the drug war era and tough-on-crime legislation. The survey given by the Pew Research Center showed an increase on support for ending mandatory minimum prison sentences for non-violent drug offenders.

The public debate has lawmakers looking for policy changes. California was the first state to legalize medical marijuana in 1996 and at least 19 more states have followed suit. Many legislatures are considering legalization measures this year.

Four years ago, the survey found that, 52 percent of respondents said they thought the use of marijuana should not be legal, 41 percent said it should be. It marked a turning point in a hole that’s been closing fairly steadily since 1969.

“Pot just doesn’t seem as bad,” said Gregory Carlson, a 52-year-old landscaper from Denver who did not participate in the Pew survey. “You don’t see anything about someone smoking a joint and then driving the wrong way into a school bus.” He laughed and said “They just drive slower.”


In 2001, the survey was divided on whether it was good or bad for states to move away from mandatory minimum sentences for non-violent drug offenders. The poll also showed how people tend to stay away from such policies by a 2-to-1 margin, or 63 percent to 32 percent. Respondents said by a margin greater than 3-to-1 that people who use small amounts of pot shouldn’t go to jail.

“Even people who don’t favor the legalization of marijuana think the possession of small amounts shouldn’t results in jail time,” said Carroll Doherty, Pew’s Director of Political Research. A generation ago, the nation thought differently.


In 1986, Congress passed the Anti-Drug Abuse Act to set mandatory minimum sentences for federal drug crimes that may end up in life sentences for repeat offenders. Some years later, many states announced prisons filled to the max, prompting public officials to start withdrawing “lock’em up” drug policies in the 1990s. The idea has started a snowball effect.

Garden City office of our client seeks associate attorney with 5+ years of experience in real estate...