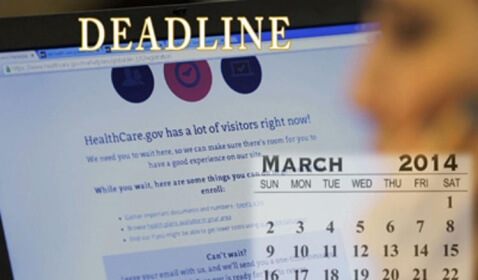 Government officials have reported to The Associated Press that, U.S. President Barack Obama’s health care plan, known as Obamacare, was on track to sign up more than 7 million Americans for health insurance by the deadline day. Two anonymous government officials confirmed the milestone.

Commonly called the Affordable Care Act or “Obamacare,” it represents the most significant regulatory overhaul of the U.S. healthcare system since the passage of Medicare and Medicaid in 1965. White House Press Secretary Jay Carney reported that “We surpassed the 7 million mark,” according to Fox News.


The original target of 7 million had been set by the Congressional Budget Office for enrollment in taxpayer-subsidized private health insurance through new online markets created under Obama’s signature legislation. Most experts believed the expected 7 million targets to be out of reach, according to Bloomberg News.

Obamacare’s primary goal is to reduce the ranks of the 45 million people who are uninsured. It remains to be seen how that figure will be affected, though anecdotal evidence suggests that according to CNN news, many people have enrolled.

People who still do not get health insurance run the risk that the Internal Revenue Service will penalize them next year for remaining uninsured. The Huffington Post has reported that, people who are not already covered by an employer or by a government program can comply with the insurance mandate by buying a policy directly from an insurer.