Got a tip?
Home » Celebrity News » Confirmation on Engagement by Johnny Depp: My “Chick’s Ring is a Dead Giveaway” 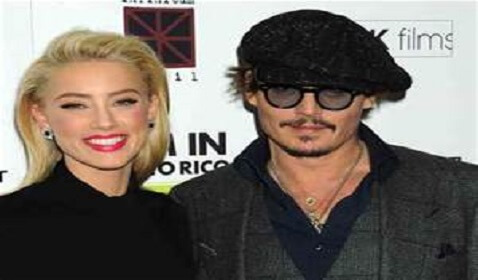 According to the Associated Press Johnny Depp was asked whether he was, in fact, engaged. “The fact that I’m wearing a chick’s ring on my finger is probably a dead giveaway. Not very subtle,” Depp replied.

The Associated Press explains that the Pirates of the Caribbean actor was wearing a ring with a “single diamond on a band around his finger. A source told Us Weekly, that it is a “chick’s ring.” Depp revealed his top-secret engagement to Amber Heard in Beijing, on Monday, March 31. The ring johnny gave his 27 year-old girlfriend, was “too big for her, so he started wearing it.”


After a year and a half of dating, Depp proposed to his Rum Diaries costar Heard back in mid-January. Depp also answered a question about any wedding plans.”I think that i would be better at making women’s shoes than I would be at wedding planning. I can’t plan anything,” the 21 Jump Street alum reasoned. “I’m really bad at that stuff.”

They held a celebration of their impending nuptials at an engagement party held at The Carondelet House in Los Angeles March 14 with his many friends like, Marilyn Manson, Steven Tyler and Mandy Moore. It’s Heard’s first marriage and second for Depp. He was married to Lori Anne Allison for 2 years in the mid-80s and in a relationship with French actress/singer Vanessa Paradis for 14 years, they share two children.