Got a tip?
Home » Legal News » Amendment Proposed to Restrict Access of Media to Stand Your Ground Cases 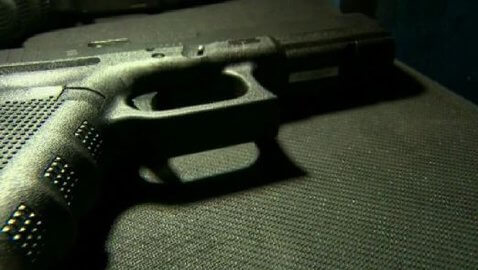 Florida State Representative Matt Gaetz filed an amendment earlier this month that would “severely limit access to court records in the self-defense cases.” All of this stems from a review by the Tampa Bay Times of 200 cases involving the “Stand Your Ground” law in Florida, according to the Huffington Post.

The review found “uneven application and shocking outcomes.” If the amendment passes, it would allow those who are found innocent in a case to “apply for a certificate of eligibility to expunge the associated criminal history record.”


Gaetz made sure to note that his amendment proposal is unrelated to the investigation from the newspaper. Gaetz told the Associated Press, “The point is to ensure that someone who appropriately uses a Stand Your Ground defense doesn’t have their life ruined by the use of that defense.”

Media Matters has reported that journalists are concerned with the amendment proposed by Gaetz. They claim that the loss of public access to the records could cause damaging effects.

Neil Brown, the vice president and editor of the Times, said: “Closing records and putting controversial cases that involve violence into the dark is a bad idea, it is against democracy. This would have inhibited our work further. Our work was done based on court records as well as the stories of the incidents when they occurred.”


The coverage from the Times garnered the paper a finalist nomination for the Online News Association’s Knight Award for Public Service and the Nieman Foundation for Journalism’s Taylor Award for Fairness in Journalism.

Kris Hundley is one of three reporters form the Times who worked on the investigation. Hundley said, “If those were expunged, I don’t know how you would ever do any kind of meaningful look back at the law. I think it was important because it gave people a sense of how it was applied across the state, how judges made different decisions faced with similar cases and the wide variety of cases in which it was employed. It showed the law was being expanded to far beyond what the legislators anticipated and (was) applied unevenly.”


A former NRA national president, Marion Hammer, said that the basis of the law is to protect those who use the law to defend themselves.

“It’s overreach on the media’s part to think they need to know everything about everybody’s life,” Hammer said. Hammer created the proposal that turned into Stand Your Grand. “The media wants to know this so they can create news. Privacy is an important thing in America. When people are wronged it should be repaired, and it shouldn’t be anybody’s business.”