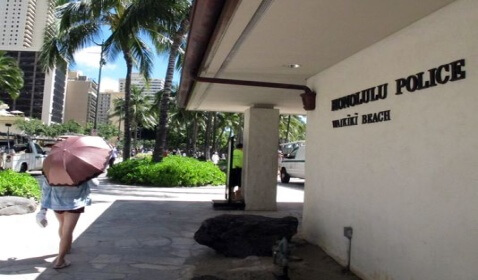 Authorities claim that they need the legal protection to catch lawbreakers in the act. According to the Huffington Post, a Hawaii bill cracking down on prostitution was originally written to do away with the sex exemption for police officers on duty, but it was revised to restore that protection after police testimony.

Jerry Inouye of the Honolulu Police told the House Judiciary Committee that “The procedures and conduct of the undercover officers are regulated by department rules, which by nature have to be confidential.” According to ABC News, Inouye reported “Because if prostitution suspects, pimps and other people are privy to that information, they’re going to know exactly how far the undercover officer can and cannot go.”


The executive director of the San Francisco-based group Prostitution Research and Education, Melissa Farley, stated that “Police abuse is part of the life of prostitution.” Honolulu police said the sex exemption protects investigations and should remain in place, during recent testimony.

Derek Marsh, who trains California police in best practices on human trafficking cases and twice has testified to Congress about the issue, asked “It doesn’t help your case, and at worst you further traumatize someone. And do you think he or she is going to trust a cop again?” According to ABC News Marsh reported that the exemption is “antiquated at best.”

Michelle Yu, Honolulu police spokeswoman said in an email that “All allegations of misconduct are investigated and the appropriate disciplinary action taken.”


Roger Young, a retired special agent who for more than 20 years worked sex crimes for the FBI says, “I don’t know of any state or federal law that allows any law enforcement officer undercover to penetrate or do what this law is allowing.”