Got a tip?
Home » Legal News » Former J.C. Penney Employee in Battle with Retailer for Comments on Pricing 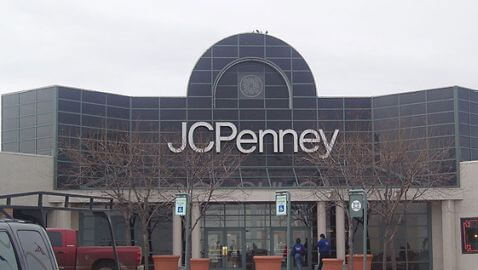 J.C. Penney has begun a war with a former employee who went public about the store’s questionable discount practices, according to The Huffington Post.

Bob Blatchford, the former employee, said that the store was hiking prices on items, marking them down, and then advertising “huge discounts.” Blatchford appeared on the Today show in July.


“I saw a lot of pricing teams going through the store, raising the prices, mostly doubling — towels and clothing,” Blatchford said in an interview with Jeff Rossen from NBC. “Then they would go on sale, and they wouldn’t always go on sale for 50 percent off. Not only was it a fake sale, but they were actually paying more than they would have been previously. I don’t think Penney’s will survive if they keep doing this.”

Blatchford was fired from his job at the retailer’s store in St. Petersburg, Florida just two days after appearing on the network. His claim for unemployment benefits was contested by the retailer. He also had arbitration filed against him to return any company documents he might have.

It seems as though hiking prices and then marking them down for a sale is a common practice universally. This is according to the co-author of The New Rules of Retail, Robin Lewis.


“The sales seem to be getting deeper,” said Lewis. “They’re figuring out all kinds of different ways of discounting. Retailers have to fight tooth and nail for a share of the market. The growth is coming from stealing the customer away from a competitor, so the weapon of choice becomes price.”

Blatchford has been accused of having an “unbalanced vendetta” against the retailer and a “love of media attention.” J.C. Penney said that it was forced to bring the issue to arbitration in an effort to protect its customers. It also said that Blatchford is in possession of customer and business records, all of which are confidential.


Dorothy Crenshaw is the CEO of public relations firm Crenshaw Communications. Crenshaw said that the retailer has to reduce the condemnation of its pricing tactics if it wants to see a return to success.

“I’m sure they don’t want people to be talking about it,” Crenshaw said. “It is very likely how many stores operate, but this is much more of a drumbeat around a particular store, at a time that they least need it. They’d love for this whole thing to go away.”

Where can you find the most retail jobs? Click here.