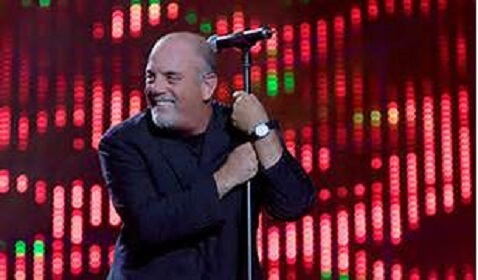 Billy Joel started his encore performance with his 1989 hit “We Didn’t Start The Fire” but found himself forgetting the lyrics. On the first verse! During an encore performance in Toronto, Canada, March 9th, He started singing and as he got to the part of the song, “Rosenberg’s H-Bomb, Sugar Ray, Panmunjom,” he totally forgot the lyrics that followed. Instead of continuing Billy Joel stopped the song.

“Wait a minute,” he said. “That ain’t right. All you gotta do is f–k up one word in that song and it’s a train wreck.” He shared his dislike for the song, describing it as the same thing verse after verse, which is a hit and still well known and played. He also said it was “one of the worst melodies I ever wrote.”


Being the professional he is, Billy Joel eventually kick started his band and finished the rest of the song without any other problems according to The Huffington Post.

“That’ll be all over YouTube tomorrow,” he said. “It’s okay. It was an authentic rock and roll f–k up. We’re not on tape. You don’t see much of that anymore. Okay, let’s hope we get through this one.” The rest of the concert was enjoyed by everyone.