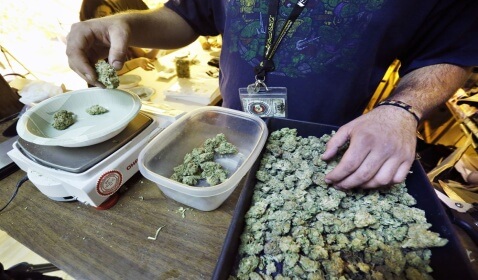 According to figures released by the state Department of Revenue, during the first month of recreational marijuana sales, Colorado’s licensed dispensaries generated a total of more than $14 million. The state Department of Revenue showed how much Colorado has taken in from both medical and recreational marijuana taxes and fees, and the Huffington Post reported that Colorado’s dispensaries put about $2 million of tax revenue into state coffers in the process. It has been reported that the first $40 million in tax revenue from the industry is flagged for school construction.

Executive director of the department, Barbara Brohl, reported in a statement that “The first month of sales for recreational marijuana fell in line with expectations,” and that according to the Huffington Post, Brohl also said that “We expect clear revenue patterns will emerge by April and plan to incorporate this data into future forecasts.”


Colorado began allowing the sale of recreational marijuana on January 1 to anyone age 21 or older. According to CNN News, Residents of the state can now buy marijuana just like alcohol – except the cannabis purchase is limited to an ounce, which is substantial enough to cost about $200 or more. The state is the first in the country to allow the sale of recreational marijuana.

37 dispensaries were open during the first week of sales and they collectively brought in roughly $5 million in total sales.

Gov. John Hickenlooper recently announced that he expects that the combined sales from both legal medical and recreational marijuana in the state will reach nearly $1 billion in the next fiscal year.


According to NBC News, despite the ease of purchasing it, remember that smoking marijuana in many public places is still illegal, as is driving while under the influence. John Hickenlooper has proposed to the state that they use additional revenue to fund a statewide media campaign to address substance abuse treatment and highlight the risks associated with drug use.