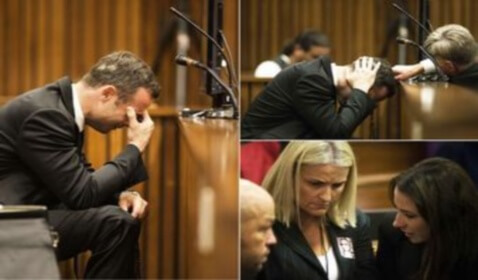 Oscar Pistorius is the Paralympic star known as “Blade Runner.” The Mirror UK has reported that Pistorius, 27, admits to shooting his girlfriend Reeva Steenkamp dead at his home, but he claims that he thought she was an intruder. The state is alleging that it was premeditated murder. The trial is expected to take at least three weeks. It has been reported that Oscar Pistorius, the South African star, shot model and reality TV star Reeva Steenkamp, 29, through the bathroom door of his home on Valentine’s Day last year.

Oscar Pistorius has pleaded not guilty to all four counts against him, saying the killing of model Reeva Steenkamp, according to CNN News, “was a tragic error and he mistook her for an intruder.” Witness Johan Stipp, a doctor who lived close by, said he went to Pistorius’ residence after hearing shots fired.


“I remember the first thing he said when I got there was, ‘I shot her, I thought she was a burglar and I shot her,’ ” Stipp told the court in Pretoria, South Africa. CNN News reported that he had arrived and found Steenkamp’s body lying at the bottom of the stairs.

Experts have reported that, if he isn’t convicted of premeditated murder, the amputee sprinter could face a lesser charge of culpable homicide; a crime based on negligence, and could be looking at up to 15 years on that charge.