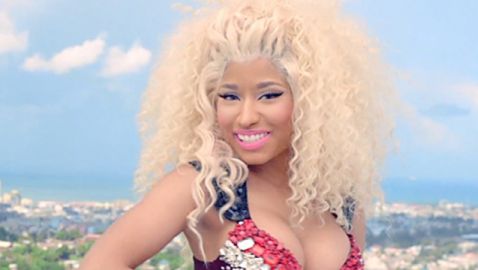 Nicki Minaj has been accused by a hair stylist for stealing his wig designs and costing him a reality show deal, according to CNN.

The stylist, Terrence Davidson, filed the lawsuit on Friday in district court in Atlanta. Davidson began working for Minaj as her hair stylist in January of 2010. Minaj’s real name is Onika Maraj.


The attorney for Davidson, Christopher Chestnut, claims that the singer sells wigs on her website that are based on the creations of Davidson.

“I see these wigs online,” said Davidson. “People are basically duplicating what I created for Nicki Minaj.”

“Nicki Minaj is reaping great success and financial bounty reward for Terrence’s creative expertise, and he is entitled to participate in that,” Chestnut said. “Someone’s got to stand up for the artist. We applaud the fact that she’s making millions, but she’s also got to pay bounty to those whose creative designs she’s making millions off of.”


The lawsuit states that Davidson created the wigs Minaj wore called the “Pink Upper Bun Wig,” the “Fox Fur Wig,” and the “Half Blonde-Half Pink Wig.” He also claims that he and Minaj planned to launch a wig line and have a reality show.

The lawsuit said that in 2012, “Minaj and her agents became mum about the business ventures and took active steps to isolate Mr. Davidson and preclude him from the notoriety he deserved for his wig designs.”


“On its face you might think, what this guy is suing over wigs,” Chestnut said. “But we really have to consider this in context. Hair is a multibillion-dollar industry, but moreover these are not your grandma’s wigs. These are eclectic. They are decadent, and they are creative. This is about a brand that Terrence has built.”

CNN contacted the singer and her representatives, but did not receive any return calls for comments or statements.