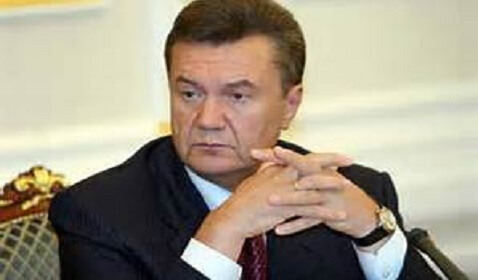 The Ukraine government on Monday has issued an arrest warrant for ex-president Viktor Yanukovych.

The acting government said they will open a criminal case against Yanukovych, for the “mass murder” of civilians during the violent protesting in the capital that left dozens dead. The acting head of the Interior Ministry, Arsen Avakov, wrote on his Facebook page that Mr. Yanukovych is believed to be in the southern region of the country. He left his native Donetsk late Saturday and arrived in Crimea on Sunday.


“As of this morning, a criminal case has been opened based on the mass murder of civilians. Yanukovych and some other officials have been put on the wanted persons list,” Mr. Avakov wrote.

After learning that the acting parliament ousted him, Yanukovych left for the regional airport but never arrived there, Mr. Avakov said. He decided to stay at a private home with his security. He asked his security if they wanted to leave or stay with him. Some left with their weapons and the security that stayed, got into three cars with Yanukovych and drove away with all communications shut down. Mr. Avakov said his whereabouts are unknown.

On Friday night, Yanukovych, joined with opposition leaders and European Union representatives to sign an agreement to end the violence and had agreed to early elections and changes to the constitution to limit his powers. By the next day, he fled the capital as his support crumbled.