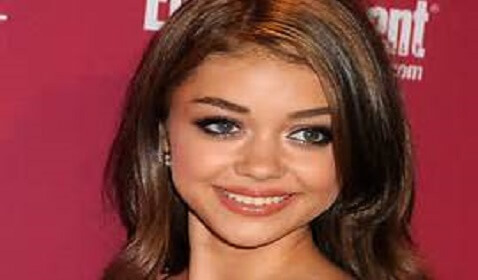 There was a party that was attended by Sarah and the ‘Modern Family’ cast, hosted by Qantas Airlines at Sebal Pier One in Sydney on Thursday. According to E! Online, Sarah arrived to the party and before entering, she stopped to take a picture with a fan. After the picture was taken the fan allegedly tried to grab her breast.


Hyland pushed the man away and screamed “Don’t touch me there!” Her security team jumped in and pushed the fan away. Security detained him till the police arrived. Hyland left the event. E! Online reported that the 29 year old man was arrested.

“It’s alleged that the man indecently assaulted the 23 year old woman at about 7:50 p.m., a spokesperson for the police department told E! Online.

According to TMZ, the man has been charged with assault with an act of indecency. On Twitter Hyland said she apologizes to her fans for leaving the event early. The tweet read “Sorry to all the fans outside the #qantas event that i didn’t get to say hi to but i had to leave due to an inappropriate touch of a fan.”


Even Hylands boyfriend Matt Propok tweeted over what happened.

“To the a–hole who assaulted Sarah tonight i hope to God you don’t see next week,” he wrote. “All Sarah wanted to do tonight was say hi to the girls who were waiting outside (and) one d—-e can ruin it for everyone,” he added in a second message.