Got a tip?
Home » Breaking News » Suspect in Fatal Mail Bombing Turns Out to be Victims’ Son-in-Law 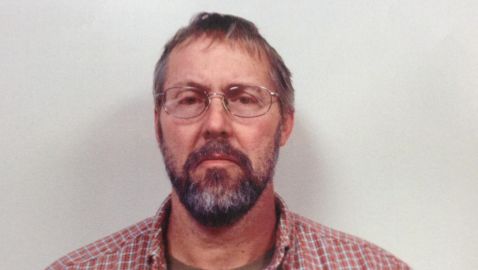 Authorities announced on Thursday that the son-in-law of the couple killed by the mail bomb has been arrested in connection with the crime, according to CNN. Richard Parker, 49, was arrested and charged with two counts of felony first-degree murder and two counts of felony premeditated murder.

The bomb exploded inside the home of Jon and Marion Setzer after Jon carried it inside from the mailbox. Jon died of his wounds and Marion died days later at a hospital.


Mark Gwyn, the director of the Tennessee Bureau of Investigation said that bond was set at $1 million. Setzer is a retired lawyer. He died Monday when the bomb exploded at their home near Lebanon, which is 30 miles east of Nashville. Marion passed away on Wednesday night at Vanderbilt Hospital.

Parker lived next door to his in-laws, according to Wilson County Sheriff Robert Bryan. No motive was released to the public and little details were given about the case filed against Parker. Gwyn did say that Parker is the only suspect in the death of the couple.

“Right now we feel like we have the person responsible for committing this crime in custody,” he said.


According to the TBI, Parker served four years probation after a 1993 arson conviction.

A note was found in the debris of the explosion that they think could have been attached to the bomb, but would not say what the note said.


“This is a very important piece of evidence, because now you may have handwriting,” said former ATF agent and bomb expert Joseph Vince.

It was originally thought that the package was sent to the house by the U.S. Postal Service, but they now think no carrier service delivered it.

“It doesn’t make sense at all,” family friend Ken Caldwell told WTVF. “When I’ve heard it said that it was targeted, I thought, well, they must have targeted the wrong person.”

Setzer’s former law partner, George Cate Jr., said that he has known Setzer since their time together in the Army Reserve.

“Nothing had happened in my recent times to make me anticipate anything of this kind happening,” Cate told WZTV.

Officers were checking mailboxes throughout the neighborhood for other explosive devices, which has neighbors on edge.

“Of course, it makes us a little anxious to go check our own mailbox when we see something like this happen, because normally boxes are delivered and mail is delivered, and you don’t question it,” neighbor Tony Dedman said.

Our office is looking for someone who has experience working in a high paced office environment that...

Trumbull office of our client seeks Patent Attorney with 3 years of experience. The candidate should...

Denver office of our client seeks Patent Associate Attorney with 2 years of experience. The candida...