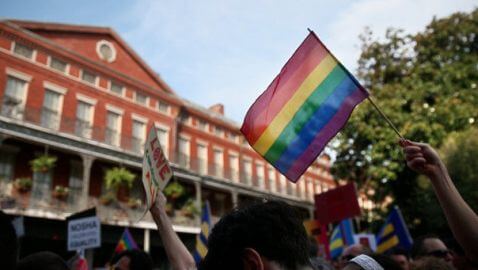 A legal challenge will be mounted against the Louisiana Constitution’s prohibition of same-sex marriages performed legally in other states, according to The Times-Picayune. The group mounting the challenge is the Forum for Equality Louisiana. The group will be joined by four gay married couples.

The lawsuit being filed by the group goes after the refusal of the state to recognize that both partners in a same-sex marriage are parents of a child adopted or born to them.

The group against the ban has cited equal protection and free speech rights in the U.S. Constitution as part of their argument.

Law in Louisiana requires taxpayers to use the same status on tax returns for the state as they use on federal tax returns. Due to the ban in the constitution, the revenue department requires that a gay couple filing as a married couple on a federal return must file an individual return in Louisiana as singe or head of household.


Because of this, married couples who file joint returns at the federal level might face different liabilities than other married couples in Louisiana. This move also forces gay married couples to falsely deny that they are married, according to the lawsuit.