Got a tip?
Home » Celebrity News » Shirley Temple Dies at 85 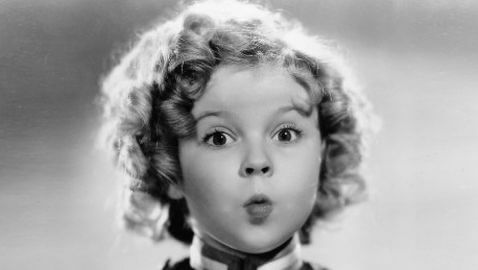 Late on Monday night, popular actress Shirley Temple Black died at the age of 85, according to Reuters. She also worked as a U.S. Diplomat as a second career. She became popular as an actress during the Depression and brought millions of fans to the movies in the 1930’s. she died peacefully at her home in Woodside, California from natural causes right before 11 p.m. local time.

“We salute her for a life of remarkable achievements as an actor, as a diplomat, and most importantly as our beloved mother, grandmother, great-grandmother, and adored wife of fifty-five years,” a statement from the family said.


When she was appointed as ambassador to Ghana in 1974, she said, “I have no trouble being taken seriously as a woman and a diplomat here. My only problems have been with Americans who, in the beginning, refused to believe I had grown up since my movies.”

Black served as the U.S. ambassador in Prague from 1989 to 1992, leading the Czech government to praise her work after learning of her death.

“With her charm and openness, she greatly contributed to the renovation of an old friendship of our countries and nations,” the Czech Foreign Ministry said.

In 1934, Black appeared in multiple movies, with “Bright Eyes” becoming very popular due to her song “On the Good Ship Lollipop.” She was awarded a special Oscar in 1935 for her “outstanding contribution to screen entertainment.”


Black was in more than 40 feature films including “Heidi,” “Poor Little Rich Girl,” “The Little Colonel” and “Rebecca of Sunnybrook Farm.”

Black noted that she was eight when she realized how popular she was.

“I wondered why,” she recalled. “I asked my mother, and she said, ‘Because your films make them happy.'”

Black retired from film at the age of 21 in 1949. In 2005, Black was awarded with the Life Achievement Award from the Screen Actors Guild. Black, in accepting the award, said, “I have one piece of advice for those of you who want to receive the Lifetime Achievement Award: Start early!”

“Having been a film star can be very helpful on an international basis,” Black once said. “Many people consider me an old friend.”

According to Black’s family, private funeral arrangements are still being planned.