Got a tip?
Home » Weird News » Don’t Judge a Book by Its Cover 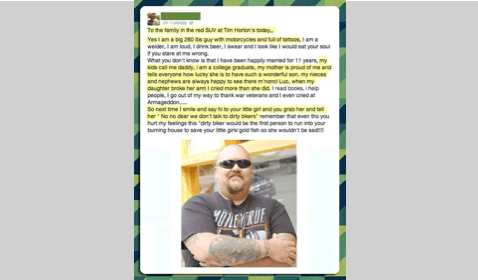 You should not prejudge the worth or value of something by its outward appearance alone. This meaning in the metaphorical phrase, “don’t judge a book by its cover.” The English idiom implies that you shouldn’t form an opinion about someone or something based purely on what you see on the surface, because usually after taking a deeper look, the person or thing will not be what you expected it to be.

The phrase, “don’t judge a book by its cover,” goes back to at least the mid-19th century, as seen reported in the newspaper Piqua Democrat, June 1867. 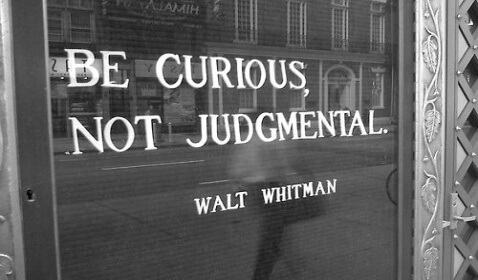 On the well trafficked blog website, Cheezburger.com there is an article posted titled, “Think Twice before Judging That Big, Burly Guy.” The post is a letter aimed at “the family in the red SUV at Tim Horton’s today,” in response to the happily married, college graduate and father, who also just so happens to be a 280lb guy covered in tattoos, being shunned and called a “dirty biker.”

According to the article when he attempted to greet their little girl with a friendly, “Hello,” this was the reaction the parents had. “No no dear we don’t talk to dirty bikers.”


Even though he swears and says that it appears as if he would eat your soul if you look at him wrong, he also writes in the post that his feelings were in fact hurt by their actions and that he, the “dirty biker” would be the first one to run into a burning house to save a child’s goldfish, just so she wouldn’t be sad. He even reported that he cried during the film Armageddon.

Don’t judge a book by its cover. But we all do judge others. It is in our nature and there’s nothing wrong with judging, so long as it is done properly. People say “don’t judge”, but what they really mean is be “careful to judge.” Careful as in do it humbly and make sure you are not guilty of the same action that you are judging, lest you be a hypocrite. In other words, don’t throw stones from a glass house.

What’s your passion? FINRA’s is protecting investors—and stopping those who harm t...