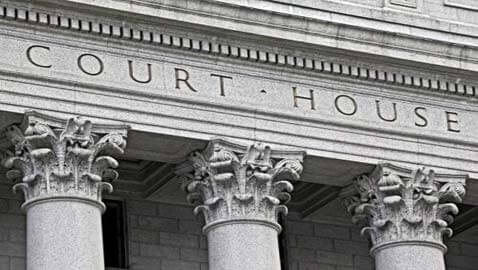 The 7th U.S. Circuit Court of Appeals has unanimously upheld the consecutive life sentences of former Gallatin County Sheriff, Raymond Martin. Following the decision of the appeals court, Illinois’s top federal prosecutor Stephen Wigginton released a statement observing, “The people of Gallatin County deserved better, and Martin, for all his corruption, deserves what he must face.”

Martin had been convicted of on-the-job marijuana trafficking and of conspiracy to kill witnesses against him in 2010.


Witnesses had testified that he supplied marijuana to a drugs dealer, some of which was obtained by stealing from the evidence locker of the Sheriff’s office, and had threatened to kill the dealer when he did not want to be involved. After Martin was arrested, he tried to have witnesses against him killed by contract killers, but the would-be-killers thought it better to go to the authorities.

While sentencing him for the first time, U.S. District Judge J. Phil Gilbert had observed the former Sheriff was “nothing but a common thief and thug who disregarded the very laws that (he) swore to uphold, defend, protect and honor.”

Martin had been re-elected four times to the office of Sheriff as a Democrat.


Martin was initially sentenced to two life terms plus 10 years, but the sentencing was thrown out by the 7th Circuit on questions of application of federal sentencing guidelines. When the case was sent back to the district court, Gilbert gave Martin an identical sentence with an exhaustive explanation of the sentencing.

Even while awaiting his sentencing in jail, Martin illegally hoarded antidepressants in his cell.


The appeals court rejected Martin’s arguments that his sentencing was unreasonable, and upheld Gilbert’s decision. Though Martin can still appeal, Wigginton said in his statement, “In light of all of this, the (appellate) court found that any argument that the sentences were unjustified would be ‘frivolous’.”