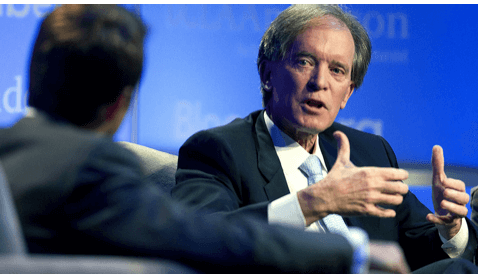 Bill Gross, Co-CIO of the world’s largest bond fund, avoids “mystery meat.” In this case, its not horse meat being passed off as beef. Not this time According to Bloomberg, Gross, who manages the bonds at Pacific Investment Management Co, commented, “I call China the mystery meat of emerging-market countries. Nobody knows what’s there and there’s a little bit of bologna, so we’re just going to have to wonder going forward through this year as to the potential problems n China and other emerging markets.”

As the Fed slows its bond purchases, the entire emerging markets feel the credit and currency dry up. Quantitative easing has made its way around the world, not just affecting North America. Gross commented on Bloomberg television’s Market Makers, “Uncertainty about China’s growth this year is adding to investors’ unease and demand for the safest of assets.”


While China’s economy expanded by 7.7 percent last year and in 2012, analysts consider this to be a slowing of China’s growth especially against it’s projected growth. Gross notes that as current-account deficits increase in the emerging markets countries try to stabilize by raising interest rates- but that actually slows the pace of growth. Slowing growth in the face of widening deficits is the catch-22 economy killer. Analysts are calling the countries in emerging markets with this specific issue “the fragile five.” This type of fragile economy was predicted by Pimco’s El-Erian in his book “The New Normal” back in 2009 just after the financial crisis. Dr. El-Erian has recently decided to take a break from Pimco and spend some time with his family after years of overwork. For employment at the worlds largest bond fund, click here.