Got a tip?
Home » Weird News » Downtown Portland Shooting Hospitalizes One and Treats One for Gunshot to the Testicles 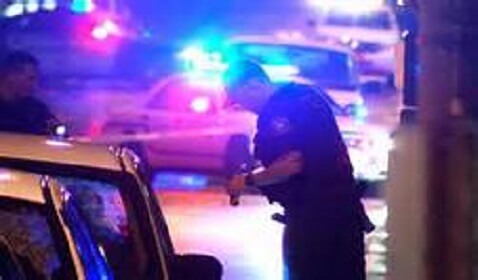 Two men were injured in an attempted robbery Tuesday night in downtown Portland. The Oregonian news noted, “One of the men is in the hospital with a gunshot wound to the leg, and the other 40 year old suspect was treated for an accidental gunshot to his testicles that according to the police, was self-inflicted.”

On Wednesday the police said there was an apparent robbery attempt between the two men who were neighbors. that’s when the gunfire started just before 8 p.m. in the parking lot of the apartment building.


According to police spokesman Sgt. Pete Simpson, during the argument between the two men the 40 year old pulled out a weapon and shot the other man in the leg. The wounded man made his way into a Safeway Food Supermarket where he asked someone for help.

Police said, as the suspect fled the scene, he accidentally shot himself in the groin. “The suspect’s wound is consistent with somebody putting a gun in his pants.”

A resident of the apartment building where the shooting happened, said he heard two really loud sounds, but wasn’t sure what they were. The man left the building to see what was going on,when he saw the 40 year old walking towards him asking him to call an ambulance because he had been shot.


The tenant of the building said he also saw the other man in the parking lot, being helped off the ground by a woman and going towards Safeway. Thinking the man may have slipped out of his window in attempts to flee, the police canvased the area and found the suspect in the search. Neither man has been charged or identified.