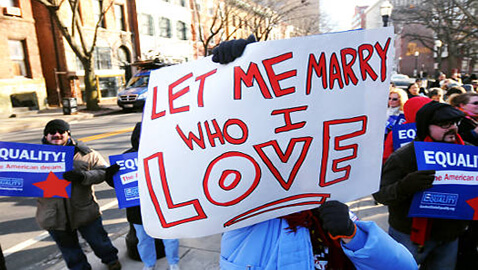 An order was released Tuesday that says the United States 10th Circuit Court of Appeals will review a decision that defeats the constitutional ban on gay marriage in the state of Oklahoma, according to The Denver Post. The order said that the court will review the case on an expedited basis.

The Oklahoma appeal will be handled by a panel of three judges. It is the same panel of judges that will hear the case involving the Utah federal court ruling for gay marriage. The panel has yet to be chosen.


The briefs for each case will be filed separately and oral arguments will also be separate from each case. The order said that the amicus briefs can be filed jointly.

On December 20, U.S. District Judge Robert Shelby issued a ruling that said the 2004 ban on same-sex marriage in Utah violated the constitutional rights of lesbian and gay couples. In the Utah case, the National Center for Lesbian Rights joined a law firm from Salt Lake City to act as co-counsel.


The lead role will be handled by David Codell, from the National Center for Lesbian Rights. Codell is a graduate of Harvard Law School and former clerk for Supreme Court Justice Ruth Bader Ginsburg.

Shannon Mintor is a lawyer at NCLR who said, “It’s in the spotlight. What happens in this case will be extremely important.”