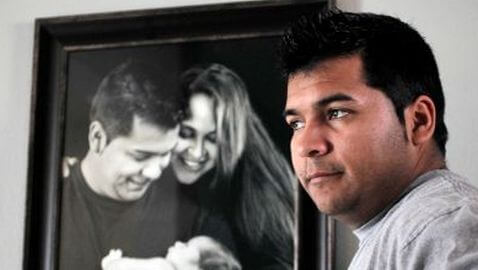 Marlise Munoz was removed from life support after a lengthy battle between her family and a Texas hospital, according to The Houston Chronicle. The fetus, which had reached the 23rd week, was not delivered.

A judge ordered John Peter Smith Hospital in Fort Worth to remove the woman from life-sustaining treatment. Munoz was declared brain-dead back in November. It is the policy of the hospital to protect the fetus for as long as possible, but the family did not want her on life support.


The hospital was sued by Erick Munoz, Marlise’s husband, because it refused to remove Marlise from life support. He claimed that his wife would not have wanted to stay on life support. Both the husband and wife are paramedics, which means they understand death issues. Erick said that Marlise made a point to say she would never want to be kept alive if on life support.

In citing Texas law, the hospital refused Erick’s request to remove his wife from life support. The law says that life support cannot be stopped when the patient is pregnant, no matter what the patient’s life wishes might be.


Marlise was found by Erick on November 26 in their Haltom City house. She was unconscious. When examined by doctors she was deemed to be brain-dead. Marlise was taken off life support on Sunday around 11:30 a.m.

“May Marlise Munoz finally rest in peace, and her family find the strength to complete what has been an unbearably long and arduous journey,” Erick’s attorneys said in a statement.